Who was St David? 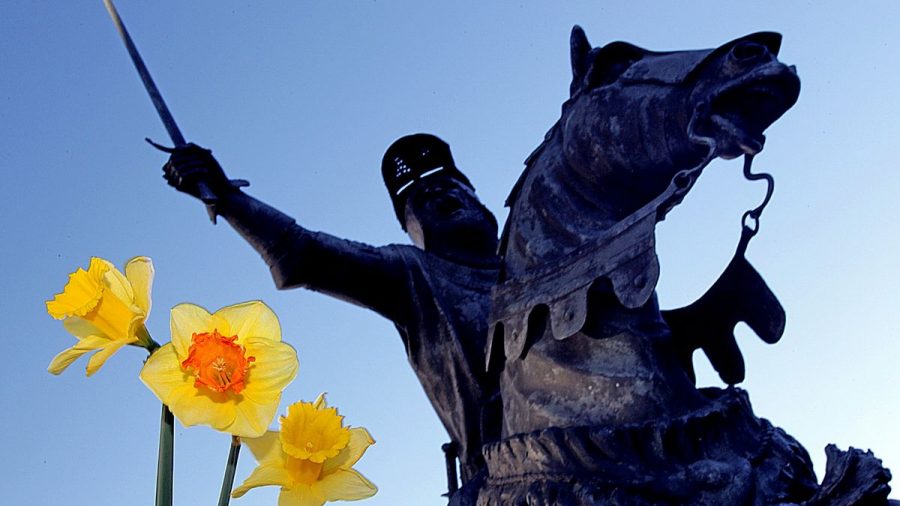 St Davids’s day is on the 1st of March every year, which is the day that Saint David died in 589. Saint David comes from a royal lineage. His father, Ceredig ap Cundedda was Prince of Ceredigion, and rumour has it that his mother Non, also a saint, was the niece of King Arthur.

“Do the little things” is considered Saint David’s most famous phrase, and were the last words he spoke. St David’s Day became a national day of celebration in the 18th century.

There are many stories of Saint David’s miracles, including bringing a boy back to life and restoring a man’s sight. The shrine of St David at St David’s cathedral is in St Davids, Pembrokeshire – the smallest city in Britain.

King Edward I took the head and the arm of St David from the Cathedral after his conquest of Wales in 1284. He displayed the remains along with a number of other holy relics in London.

The most famous miracle of Saint David occurred in Llanddewi Brefi. According to legend, a huge crowd turned up to hear one of his sermons. To allow everyone to see him, he placed a handkerchief on the floor and stood on it. Thereupon, a small hill raised him from under his feet, allowing everyone a good view.

St David is typically depicted holding a dove, often standing on a hillock. It is claimed that he lived for 100 years. As Saint David’s symbol is the leek, why not indulge in a lovely Smoked Haddock and leek risotto, with our naturally Smoked Haddock.